Hyper is a comedy action flick which comes with tagline ‘Prathi Intlo Okaduntaadu’.Satya Raj plays the role of Ram’s Father character while Tulasi Shivamani will be seen in the mother role.The film also stars Murali Sharma, Posani Krishna Murali, Prabhas Sreenu, Hema and Priya in supported roles.Ghibran has scored music for the film. 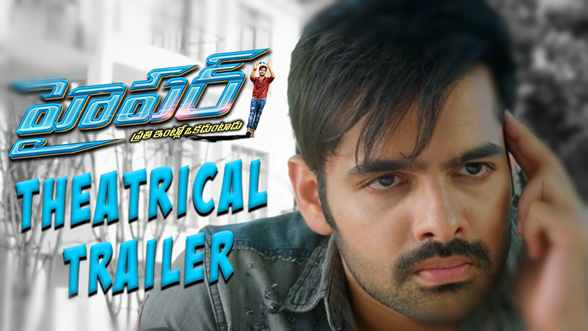 The Hyper trailer showcases the comedy scenes between the Ram character and his father(Satya Raj).The trailer is powerful with energetic actions sequences and dialogues.actress Rashi Khanna Hot looks stunning in this film.
The film completed the shooting and currently wrapping up the post-production formalities.The Cinematography is handled by Sameer Reddy while Gowtham Raju is the editor of the film.