Watch Hit Movie Pre Release Event Live from JRC Convention in Film Nagar, Hyderabad The ceremony will begin at 6 pm today (Sunday). SS Rajamouli, Raghavendra Rao, Rana Daggubati and Anushka Shetty will be the chief guest at Hit Movie Pre Release Event. The HIT Movie is all set to release on the 28th of this month. All the updates released as part of the movie promotions are hugely popular.

Vishwak Sen and Ruhani Sharma are playing the lead roles in the movie. The HIT Movie teaser and trailer mean that the story takes place around the mystery of a girl’s missing case. The recently released teaser and trailer are getting a huge response and a range of hype has been created in the film. The Hit Movie is being directed by a new director Shailesh, and Prasanthi is another producer. Talk is going on that the movie will be a movie that will turn Vishwak Sen’s career. The Telugu audience was anxious to see this thrilling movie.

Vishwak Sen grabbed several eyeballs with his performance skills in his directorial venture ‘Falaknuma Das’, the official Telugu remake of Angamaly Diaries. Now he is coming up with a thriller and romantic drama Hit. Meanwhile, Nani is currently busy with the film V, which is being directed by Mohan Krishna Indraganti. The V film also has Sudheer Babu, Aditi Rao Hydari and Nivetha Thomas playing the lead pairs. 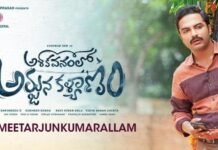 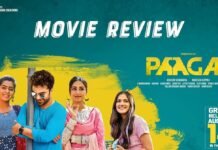 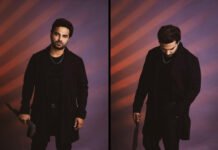 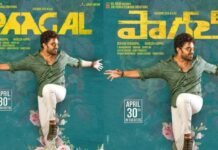 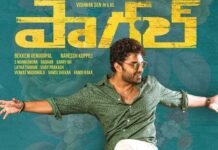