The Hindu Makkal Katchi Files Complaint against actor Yogi Babu for the poster of his upcoming film titled Cocktail. The actor is dressed like Lord Murugan in the poster, but instead of the peacock that’s usually seen behind the god, it is an unusually large-sized cockatoo. Yogi Babu strikes a pose with one hand on the hip and another in the pose of giving a blessing.

In their complaint addressed to Tamil Nadu Chief Minister, South Indian Film Chamber of Commerce (SIFCC) and Central Board of Film Certification, the Hindu Makkal Katchi has asked for the film’s poster and teaser to be banned because it has “depicted Lord Murugan in a bad light and has thus hurt Hindu sentiments.”

In their letter, they go on to list a few points to justify their call for a ban on the film and for action to be taken on the film’s team. In addition to defining what “cocktail” means, they have also noted that “the peacock has been replaced with a parrot that looks ugly like an owl.”

Noting that the film is being released by SDC Picturez, run by F Usman Faheed, they have asked if Usman Faheed would have been all right with Yogi Babu playing the Prophet. They have also claimed in the letter that when the film Innocence of Muslims released in America, protests were held outside the US Consulate in Chennai and properties were damaged. “Should the Hindus alone consider this freedom of expression and be fooled?” reads the letter.

Starring Yogi Babu in the lead, the film’s teaser is set to release soon. Director Ra Vijay Murugan will be making his debut in this film. Produced by PG Muthiah and M Deepa, the film will be released by SDC Picturez across the country. S Sai Bhaskar has composed the film’s music. Yogi Babu, who was recently seen in Rajinikanth’s Darbar, in which he played his physical trainer, has a bunch of unreleased films. 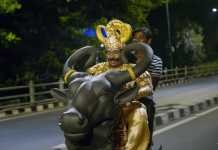 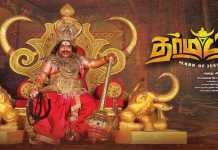