Sundeep Kishan’s upcoming Movie Gully Rowdy is racing for release. The film completed its censor formalities. Censor Board members after watching the Gully Rowdy film cleared for release passing it, Gully Rowdy Censored with U/A Certificate. The makers announced the happy news and added that they will release the film in the month of August. 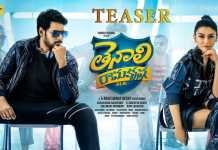