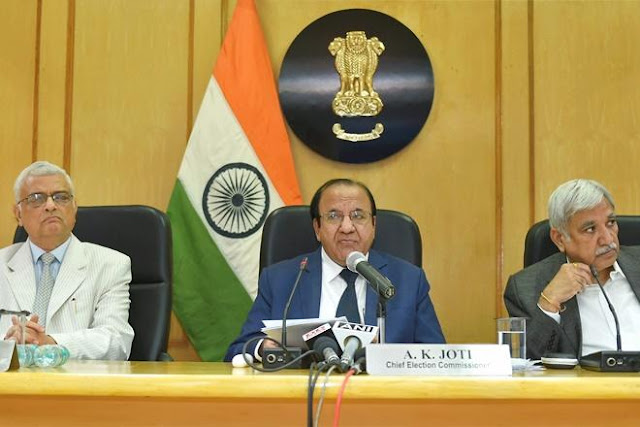 Gujarat Assembly Election 2017 dates have finally released today. As the election commission has finally released the Gujarat assembly election dates and the polling will begin from 9th December. As per the reports the Gujarat elections to be conducted in two phases; the first phase will take place on 9th December and two on 14th December.
And the counting of both phases would take place on 18th December. The election commission has announced the dates after the BJP government in Gujarat declared a series of sops for different sections of the society including backward castes, farmers, and health workers.