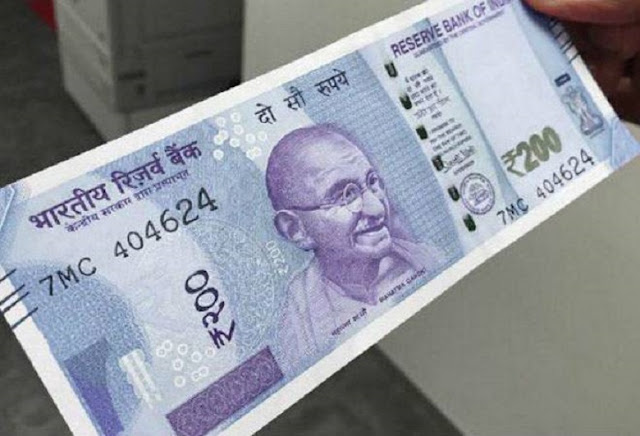 Government Introduces New Rs.200 Notes: The RBI and government have confirmed the roll out of Rs. 50 new notes. Now there is another big announcement which came from the finance minister Arun Jaitley. The roll out of new Rs.200 note will be in circulation by September 1st.The finance ministry on Wednesday notified the issue of New Rs 200 notes, making them legal tender and paving the way for their circulation.
“In exercise of the powers conferred by sub-section (1) of section 24 of the Reserve Bank of India Act, 1934, and on the recommendations of the central board of directors of the Reserve Bank of India (RBI), the central government hereby specifies the denomination of bank notes of the value of two hundred rupees,” the notification stated in the Gazette of India.
The Economic affairs secretary Subhash Chandra Garg tweeted: “Govt has today specified denomination of banknote of Rs 200 value. Soon this note will get added to the bucket of currency notes in India.” Finance minister Arun Jaitley said RBI will decide the date for issuing the new Rs 200 notes. He added that the government is not considering withdrawal of the Rs 2000 currency notes.
Facebook
Twitter
Pinterest
WhatsApp
Telegram
VK