Google Pay gets New Multi-Colored Logo in India, A Google executive noted on Twitter that the new icon is meant to reflect the recent changes the app had undergone. He added that icons, like products, need to evolve. Google had recently introduced new icons for many of its apps and services, including Gmail and Google Workspace products — a move that hasn’t been too popular among users. The Google Pay New Logo hasn’t rolled out for all users yet, but will likely be available to a wider audience within the next few weeks.

Google Pay executive Caesar Sengupta addressed the new icon for the app on Twitter. He said that GPay today was a lot more full-featured than when it was launched as Tez (in 2017). Users can now pay each other, the vegetable seller, pay bills, trade stocks, and even ‘virtually travel around India.’

“For many in India, GPay is effectively a replacement for the physical wallet and everything in it – cash, bills, cards, tickets, etc,” wrote Sengupta. He noted that the digital payment service had recently enabled NFC payments with credit cards and introduced the ACE credit card with Axis bank. The Google Pay new icon is meant to reflect these changes, he said, and the evolvement of digital payments in partnership with the Indian ecosystem.

While the Google Pay new design doesn’t effectively convey that the icon belongs to an app for digital payments, it fits well with Google’s minimalistic look and is in line with the tech giant’s recent changes to icons.

Update 11/8: Google’s Caesar Sengupta confirmed the new logo, noting that “Icons like products need to evolve.” This evolution comes as the app has grown to be “a lot more full-featured” since it launched in 2017.

For many in India today, Google Pay is effectively a replacement for the physical wallet and everything in it – cash, bills, cards, tickets, etc. The new icon is meant to reflect this and how we see the world of digital payments evolve in partnership with the Indian ecosystem. Per the explanation, those multi-colored arcs can vaguely be interpreted as wallets. 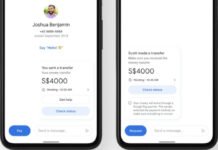 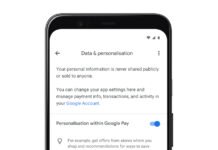 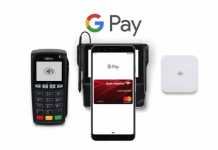 Google Files Rewards up to ₹1000 for Sharing Files offline 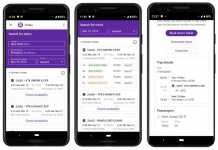