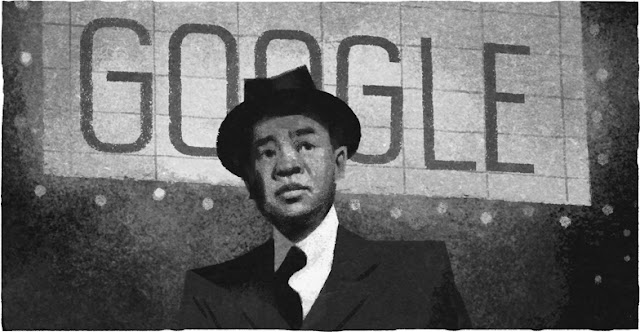 The Google has marked the 118th birthday of innovative Chinese American cinematographer James Wong Howe with the help of a Google Doodle. The Google Doodle has used an oil painting canvas to portray the use of frames and dramatic lighting to convey the innovative camera work that Wong employed in his work. He rose to fame for his filming techniques despite the racial adversity present at that time in the United States.
James Wong Howe was born in Guangzhou, China, Howe immigrated to the US when he was five years old and grew up in Washington. He boxed professionally in his teens, worked odd jobs, and then finally started in the industry by delivering films and picking up scraps from a studio’s cutting room floor.
Throughout his career, he used lighting, framing, and minimal camera movement to express emotion. He accidentally discovered how to use dark backdrops to create color nuances in black-and-white film.
He pioneered using wide-angle lenses, low key lighting, and color lighting. Howe also made early use of the crab dolly, a camera dolly with four wheels and a movable arm supporting the camera.
In contrast to the success of his work life, James faced racial discrimination in his private life: he became a US citizen only after the repeal of the Chinese Exclusion Act; due to anti-miscegenation laws, his marriage was not legally recognized in the US until 1948.
Despite the barriers he faced, James retired with two Oscar awards as one of the most celebrated cinematographers of his time. He won the academy awards for cinematography twice for “The Rose Tattoo” and the “Hud”.
James Wong Howe was judged to be one of history’s ten most influential cinematographers in a survey of the members of the International Cinematographers Guild.
Facebook
Twitter
Pinterest
WhatsApp
Telegram
VK