Alphabet’s Google Android Phones started detecting earthquakes around the world to provide data that could eventually give billions of users precious seconds of warning of a tremor nearby, with an alerting feature first rolling out in California. Japan, Mexico, and California already use land-based sensors to generate warnings, aiming to cut injuries and property damage by giving people further away from the epicenter of earthquake seconds to protect themselves before the shaking starts.

If Google’s approaches for detecting and alerting prove effective, warnings would reach more people, including for the first time Indonesia and other developing countries with few traditional sensors. Seismology experts consulted by Google said turning smartphones into mini-seismographs marked a major advancement, despite the inevitably of erroneous alerts from a work in progress, and the reliance on a private company’s algorithms for public safety. More than 2.5 billion devices, including some tablets, run Google’s Android operating system (OS).

Since it’s costly to install a global seismometer network, Google came up with the Android Earthquake Alerts System. Android users will be able to opt-in to turn their phone into a mini seismometer and join the world’s largest earthquake detection network. It’s like a COVID-19 tracing system, but for earthquakes instead of people diagnosed with the novel coronavirus. In fact, Google will use your phone’s accelerometer to detect movement.

“They’re even sensitive enough to detect the P-wave, which is the first wave that comes out of an earthquake and is typically much less damaging than the S-wave which comes afterward,” Google explained. When your device senses movement, it’ll notify Google’s earthquake detection server with location information, and then the server will crowd-source data from nearby devices that have opted-in to determine if an earthquake is actually happening in your area. Keep in mind UC Berkeley created a similar earthquake detection app, called MyShake, in 2016. But Google’s approach will be more widespread.

For now, you will need to search for an “earthquake” or “earthquake near me” to see if Android phones around you are reporting activity. Google said your search results should also include tips from “helpful, credible resources”. Notification alerts for earthquakes are rolling out in California first – since a reliable seismometer-based system is in place there – but they will roll out to more states and regions using Google’s Android-based detection system over the coming year. Check out Google’s blog post for more details.

Download Aarogya Setu App to Protect Yourself from COVID-19 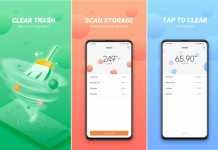 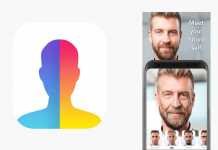 How to Backup Screenshot Folder on Google Photos 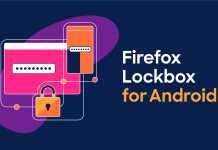