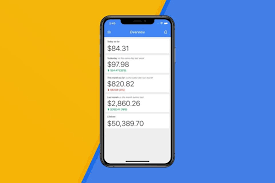 In July 2019, Google announced shuttering down its Google Adsense App on both iOS and Android. Google announced it would be changing the mobile experience of Google Adsense for publishers by discontinuing the stand-alone mobile apps on iOS and android. The company acknowledged that more than one-third of users were using mobile apps to check on their advertising revenue. However, Google also believed moving the ads reporting tool to a web experience will allow them to provide a better and unified experience on both platforms.

Opening the Google Adsense App shows a yellow spinner that eventually switches to “No data” and the AdSense logo, which was never updated to the new style that makes use of pill-shaped lines and a splash of green to compliment yellow and blue. More importantly, you get an “Error occurred, try again later” toast message. No troubleshooting step, including clearing cache/storage, resolves this problem of empty stats throughout.

Google AdSense works just fine on the web and is much more modern, but you lack home screen widgets and a convenient icon. There’s, unfortunately, no Progressive Web App with the standard “Add to Home screen” option in Chrome creating a regular shortcut that keeps the regular browser UI intact.

From now on, publishers on mobile devices go to the same base URL Google.com/adsense/ as they would on the desktop to access information about their Google AdSense account and earnings.

The main Google AdSense dashboard page now serves a mobile version using the same card format reports users know from the desktop. While the mobile page technically provides access to other areas in Google AdSense, such as setting up ad units or more detailed reporting, only the dashboard is optimized for mobile right now.