GHMC Mayor Election 2021: The elections to the posts of the Mayor and Deputy Mayor will be held on February 11 after the swearing in of the newly-elected corporators in the Greater Hyderabad Municipal Corporation (GHMC). Telangana State Election Commission (SEC) issued a notification to this effect on Friday.

To conduct the GHMC Mayor Election, the Elections Authority and GHMC Commissioner will authorize a District Collector from the GHMC limits. The District Collector will issue notices to all GHMC members on or before February 6 calling for a special meeting for the conduct of the elections. Unless the Mayoral election is completed, the Deputy Mayor cannot be elected. Further, if for any reason the elections are not held on February 11, it will be held on the next day i.e, February 12, irrespective of it being observed as a holiday by the GHMC.

The GHMC elections were held on December 1 and the results were declared on December 4 last year. The ruling Telangana Rashtra Samithi (TRS) party emerged victorious in 56 divisions, while BJP secured 48 divisions and MIM won in 44 divisions. The Congress party won in two divisions.

The Telangana SEC had announced earlier that elections to the posts of the Mayor and Deputy Mayor would be held after February 10 during the first meeting of the GHMC. According to a senior official from the State Election Commission, from the date of the first meeting, the five year-term of the new body will commence. Consequently, the existing body will be dissolved. As per provisions, the five year-term of the existing elected body of GHMC cannot be curtailed and it shall continue till February 10, as its five year-term began on February 11, 2016. 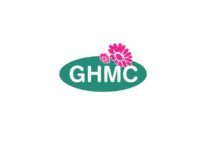 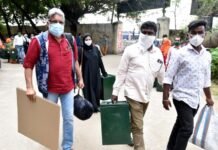