April 23, 2016
Facebook
Twitter
Pinterest
WhatsApp
Telegram
Game of Thrones Season 7 : Ahead of the return of the HBO original fantasy drama Game of Thrones, fans have been no doubt keenly anticipating season 6 of the much discussed and highly acclaimed program from showrunners David Benioff and D.B. Weiss.Following recent news that the show will be (relatively) less dark than it was in season 5, and is slated to feature certain call-backs to events previously seen way back in season 1, longtime viewers of the series (based on the books created by novelist George R.R. Martin) are seemingly in for quite the treat.

Regarding the remaining two seasons that are reportedly planned for Game of Thrones – both of which may end up being shorter than the ten episode count for the series’ previous seasons – little is yet known to a certainty in regards to plot and thematic content. However, we can now report that (no surprise) HBO has officially ordered Game of Thrones season 7. 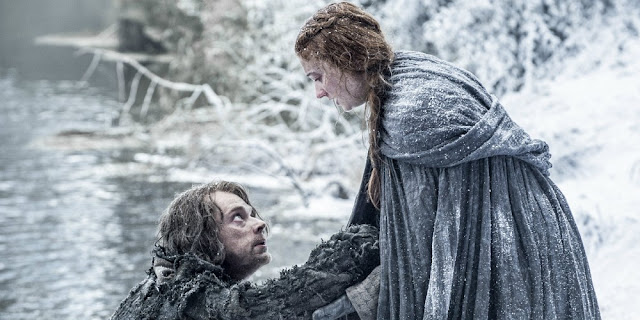 As reported first by EW, HBO has officially ordered season 7 of Game of Thrones with showrunners Benioff and Weiss attached, alongside season 6 of Veep and season 4 of Silicon Valley. Again, there is no word as of yet as to whether or not the episode counter for Thrones season 7 will be less than ten (same for the potential eighth, and final, season), as HBO never lists the number of episodes when the network makes an initial order on any of its original TV programs.
If it weren’t for the fact that showrunners Benioff and Weiss have previously stated that they believe Game of Thrones might only have “Thirteen episodes after [season six],” it would be easier to imagine that season 7 would follow suit with what has come before from HBO and consist of its own block of ten episodes. That being said, HBO entertainment president Michael Lombardo appears primed to back Benioff and Weiss if they choose to stick with their guns and keep season seven and eight shorter – though again nothing is set in stone for the time being.
For now, fans of Game of Thrones can continue anticipating and speculating over every twist and turn yet to come in season 6, not to mention whose death may be neigh, from the series proper ahead of the fast-approaching season premiere. With the fate of Westeros ever hanging in the balance, there’s sure to be an audience for the final couple of seasons of the hit premium cable program, however much longer it may go on for in the end.As for Season 6 of Game of Thrones, it will premiere on HBO on April 24, 2016.