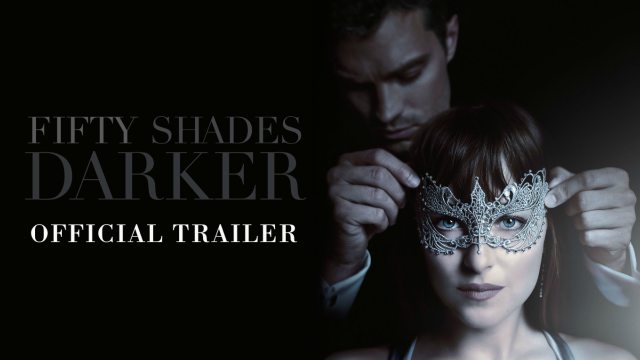 Fifty Shades Darker Movie Trailer : After entering a contract in 2015’s Fifty Shades of Grey, Anastasia Steele (Dakota Johnson) continues her attempts to convince Christian Grey (Jamie Dornan) to have a normal, romantic relationship.The pair has reconciled since the end of the last film when a distraught Ana left Christian after he, put simply, beat her.

But Fifty Shades Darker looks like it will include less time in Christian’s sex den and more time on yachts and at masquerade balls.The film franchise is based on British author E. L. James’s Fifty Shades erotic romance novels, which have been criticized for romanticizing domestic violence.
Advertisement
In the new trailer, Ana tells Christian there will be “new rules”, which include no more punishments and secrets, but Christian’s dark past soon catches up with the billionaire businessman and his young ingenue.A shadowy figure starts stalking Ana, while Christian’s former much-older love interest, played by Kim Basinger, seems hell-bent on destroying his new relationship.
As if Ana hadn’t suffered enough, her new boss also preys on her and is seen cornering her in an office.Dornan reprises his role as the manipulative billionaire, despite speculation he no longer wanted to be associated with the franchise. But while sex scenes appear to be a little less prominent, fans of the original movie also won’t be disappointed judging by a steamy shower scene featured in the trailer. Fifty Shades Darker movie In Theaters February 10, 2017.