If there is one name that will make a Maharashtrian’s chest swell with pride, it is of Chhatrapati Shivaji Maharaj who is known for his remarkable leadership and innovative military tactics. This August, Zee Talkies takes pride in celebrating the mighty warrior of Maharashtra. The celebration on the channel will culminate with the Fatteshikast movie World Television Premiere on 16th August at 12 noon & 6 pm. ‘ Fatteshikast is a well-crafted movie, directed by Digpal Lanjekar that brings to life Chhatrapati Shivaji Maharaj’s adventures keeping intact the regional flavours.

The Fatteshikast movie travels down history by recreating one of the epic battles between the Maratha’s and the Mughal army over the city of Pune. A stealth attack on the heavily guarded Lal Mahal was not only a brave example of guerrilla warfare but a strong political statement as well, considering Pune was occupied by the Mughal forces then. This film refreshingly brings the bravery of India’s first surgical strike. This larger than life film is entertaining, colorful, and led by an ensemble cast that holds the story up with their performances.

Fatteshikast movie Featuring Chinmay Mandlekar, Mrinal Kulkarni, Sameer Dharmadhikari, Anup Soni, Ankit Mohan, and Mrunmayee Deshpande, the movie is sure to capture the hearts of the viewers. The music composed by Devdutta Manisha Baji and soundtrack based on the devotional song of Sant Tukaram will elevate the experience of viewing.

In order to gear up for the launch and to pay a tribute to Chhatrapati Shivaji Maharaj, Zee Talkies curated a musical mash-up event “Ekach Raje Shiv Chhatrapati Majhe” on 9th August as a 3 hours special treat for the viewers. A bonus in the mash-up was the narration of trivia and telecast of behind the scene clips of the historical drama. The channel also took the opportunity to spread a positive message and encourage everyone to keep up the fighting spirit in these trying times. A monologue video of Chhatrapati Shivaji Maharaj was crafted to inspire the audiences and uplift their spirit in these difficult times.

With a complete surround around the premiere, Fatteshikast will truly be a visual treat to celebrate the spirit of Chhatrapati Shivaji Maharaj. Amidst these times, the audience will surely be transported back to the historical era and indeed make it a great watch for the whole family. Tune in to the Fatteshikast movie World Television Premiere on 16th August at 12 noon & 6 pm only on Zee Talkies. 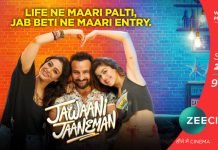 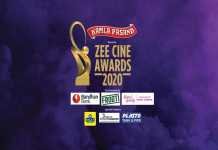 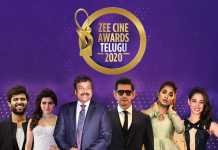 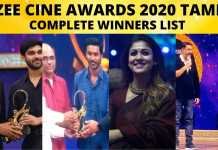