The film dialogues and terrific background score are highlighted. Uttej is seen in a crucial role in this film which is high on violence and crime. With Falaknuma Das, Vishwak Sen is making his debut as a director and director Tharun Bhascker who made his acting debut with Mahanati will be seen in a pivotal role in this film. Tharun Bhascker is playing a cop and handles the gang wars of Das.

The Falaknuma Das is a remake of Malayalam crime drama, Angamaly Diaries. Set in the backdrop of Old City, Falaknuma Das is all about the story of a youngster, who wants to stamp his authority by emerging as a powerful gangster in city Hyderabad.

Falaknuma Das Movie has Saloni Mishra, Harshita Gaur and Prashanti in female leads. The movie is shot in 118 reallocations of the city using anamorphic lenses. The film has music by Sagar. 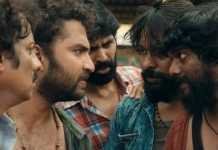 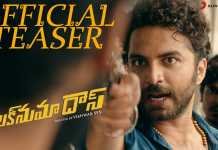