Expiry Date Story about Vishwa (tony Luke) is a rich guy who loves his wife Disha(Sneha Ullal) to death. But he gets the shock of his life when he catches Disha red-handedly sleeping with Sunny (Ali Reza). He makes a perfect plan to kill her but and when he is about to get going, Disha accidentally dies in his arms.

Left with no choice, he tries to hide the killing. He goes to the police and files a missing complaint about his wife. He gets another shock when a lady named Nisha (Madhu Shalini) comes to the cops and files a similar complaint that her husband named Sunny is missing. How will the cops deal with this tricky case forms the rest of the Expiry Date story?

On the whole, the Expiry date zee5 is a crime thriller that has a very gripping screenplay. Even though the story looks straight forward and a bit dragged in the end, the manner in which the director narrates the series makes things quite engaging. Good performances, engaging thrills, and a simple run time of each episode make this series an interesting watch Expiry Date Web Series Online Streaming on ZEE5. 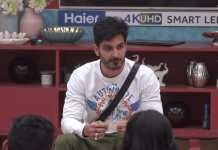