Ex-TV9 CEO Ravi Prakash has been arrested by officials of Banjara Hills Police Station at his residence. Ravi Prakash, journalist and the former CEO of Associated Broadcasting Company Private Limited (ABCPL), the parent company of TV9, was taken into custody by the Banjara Hills police on Saturday morning. The police in Hyderabad are presently investigating a case of forgery and cheating against Ex-TV9 CEO Ravi Prakash, who was forced to step down earlier this year after the Board of ABCPL passed a resolution revoking all powers vested with him.

Speaking to TNM, the police confirmed that they had taken Ravi Prakash into custody. In a complaint filed with the Banjara Hills police in September, the company’s new management had alleged that Ravi Prakash and Murthy drew “huge sums from the bank accounts of the company without substantiating any entitlement under law or following the prescribed procedure”.

According to the complaint, Ex-TV9 CEO Ravi Prakash arrested by the police for allegedly withdrawing over Rs 18 crore from Associated Broadcasting Company Private Limited (ABCL) which promotes TV9. On 24th September, the new board of directors lodged a complaint against Ravi Prakash and alleged that he and former director MKVN Murthy withdrew Rs 18,31,75,000 between September 2018 and May 2019 as bonus or ex-gratia payments to themselves. (Micron Technology) 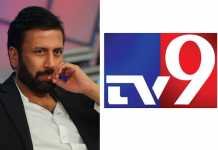