Evaru Movie Review Rating: Evaru Full Telugu movie starring Regina Cassandra, Adivi Sesh, and Naveen Chandra has received positive review and rating from celebs, critics and audience around the world. Evaru is a crime thriller drama film and Abburi Ravi has written the script and dialogues for the movie, which has been produced by Pearl V Potluri, Param V Potluri and Kevin Anne under the banner PVP Cinema. Evaru Movie has received a U/A certificate from the censor board and its runtime is 1.58 hour.

The Evaru Movie about rape victim Sameera (Regina Cassandra), who is charged with the murder of top rank police officer Ashok (Naveen Chandra). When her husband does not help her, Sameera decides to deal with the case herself and she shells out big bucks on corrupt cop Vikram (Adivi Sesh) to help her. As he delves deeper, Vikram finds the case spiraling into a dark tale filled with unexpected surprises.

Evaru Movie has a brilliant script, which has several twists that keep you engaged and engrossed from beginning to the end. The climax is very interesting, say the audience and celebs.

Regina Cassandra has a double-edged role and she has given her carer best acting, which is one of the highlights of Evaru. Adivi Sesh has delivered performance and his confrontation scenes with Regina are among the attractions of the film. Naveen Chandra, Murali Sharma, and others have also done good jobs, say the viewers and celebs.

On the whole, Adivi Sesh impresses yet again with his latest outing Evaru. The Evaru film is a gripping murder mystery which has plenty of twits executed in a decent manner. Those who have seen the original will find the film just about okay but for those who haven’t, the taut performances, gripping screenplay, and superb climax will surely impress them. Go for it. 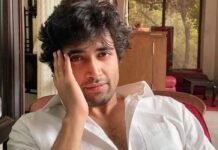 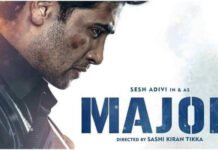