Entha Manchivaadavuraa is scheduled to hit screens on January 15th, 2020, as Sankranthi Special. Touted to be heart-warming family entertainer the film has completed its censor formalities just a while ago. The censor board members who watched Entha Manchivaadavuraa Full Movie and awarded it with a clean U certificate without any cuts. Censor officials have given thumbs up for the movie and said that the film is a perfect treat for family audiences.

And guess who?? Young Tiger @tarak9999 will grace the pre-release event of #EnthaManchivaadavuraa 🥳🥳

As Sarileru and Ala Vaikunthapuramulo are big movies, they will definitely give a tough competition to Entha Manchivadavuraa. But, if the film has good content, no big film can stop it, as proved by many small budget films like Shatamanam Bhavati, C/O Kancherapalem, etc. 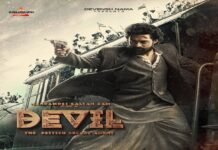