Entha Manchivaadavuraa Story: Entha Manchivaadavuraa Story about Balu (Nandamuri Kalyan Ram) is an orphan. Knowing the value of relationships, he starts a company All is Well Relatives Supplier. He becomes a brother in one family, son in other, grandson for another. While this is going fine, he comes to act as Tanikella Bharani’s son. There he faces some unusual circumstances. He gets involved in a tussle with local sand mafia kingpin Ganga Raju (Rajeev Kanakala). On one occasion, Ganga Raju takes an oath to kill Balu at any cost. What happened to him? What happened to his company? for the rest of the story of Entha Manchivaadavuraa?

Entha Manchivaadavuraa Movie Review: Satish Vegesna is a national award-winning director with the film Shatamanam Bhavati. everyone expected Entha Manchivadavura to be a better film. But unfortunately, the film’s concept hasn’t been dealt with well. The pace of the film is a big complaint and the overdosage of sentiment scenes couldn’t help the proceedings either. Entha Manchivadavura brings the feeling that serials are a lot better in terms of sentiment. In a nutshell, the family drama has turned into a Complete bore-fest.

Entha Manchivaadavuraa Cast Performance: Nandamuri Kalyan Ram does justice to the character scripted for him. Actress Mehreen Kaur Pirzada is alright for her part and she supports Kalyan Ram throughout the film. Rajiv Kanakala looks apt as a sand mafia but his character is poorly-etched. Sarath Babu and Suhasini are good at their roles. Vennela Kishore, Praveen, and others try to bring in some laughs, but the script prevented them to do so. Tanikella Bharani is fine in his emotional role. 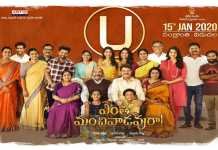 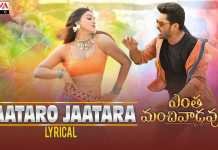