Director Pawan Kumar and Puneeth Rajkumar took to Twitter to announce the title of their next project on Thursday, July 1. Titled Dvitva, the film is said to be a unique psychological drama thriller and will be bankrolled by Hombale Films. The makers also released DVITVA first look poster that has left the fans intrigued.

Puneeth Rajkumar’s Next Film with Pawan Kumar is Titled DVITVA:

Preetha Jayaraman has been brought on board to handle cinematography while Poorna Chandra Tejaswi will compose music for the film. Dvitva revolves around an unconventional storyline and is said to a psychological drama. The #DVITVA film cast and crew will begin shooting in September. 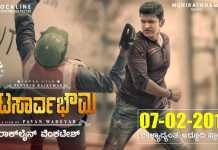