Dream11 Partnership with European Cricket League (ECL), the new Champions League of European Cricket. Dream11 will be the ‘Official Fantasy Game’ of the tournament. The inaugural edition of the international league will kick off from the 29th to 31st July at the prestigious La Manga Club in Spain. This first edition of the tournament will be played in a T10 format across 17 matches. The partnership between Dream11 and ECL will enable millions of fans to the create their own fantasy cricket teams thereby deepening their engagement with their favorite sports.

While ECL will be beamed around the world on live TV broadcasts and the European Cricket Network (ECN), the ECL matches will also be live-streamed on FanCode, the ad-free multi-sport aggregator platform from the house of Dream11. All participating teams along with the Umpire will sport Dream11’s logo on their jerseys.

Talking about Dream11 Partnership with European Cricket League, Dream11 spokesperson said, “ECL is a first-of-its-kind cricket league and we are happy to partner with them. Dream11 believes in collaborating with and promoting sports leagues across all formats and geographies. Through this partnership, our 70 million+ users will be the first to experience European fantasy cricket! Shorter formats have seen great traction in India and we are sure that ECL, too, will resonate well with the Indian cricket fans.”

“From fans to fantasy players, they all love Dream11 because the platform creates the next level of engagement and enjoyment for users when following their favorite sport,” said Daniel Weston, Founder of the ECL. “Our partnership with Dream11 will help us achieve our goals of establishing the ECL as a new global cricket property and igniting the growth of cricket’s presence in Europe even faster, while also bringing the league closer to enthusiastic Indian fans in late July.”

To promote this tournament, Dream11 and the ECL will launch an exciting social media campaign that will entail match highlights and content from the ECL. This will help increase brand awareness and also lead to the promotion of Cricket in Europe and India. 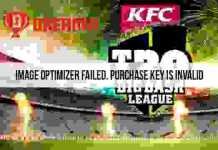