Karthi, Jyothika and Sathyaraj Starring Donga Telugu Movie Review and Rating opened to positively from the critics and audience. Donga 2019 is a dubbed version of Tamil movie Thambi and it is an action entertainer movie directed by Jeethu Joseph and produced by VIACOM18 Studios and Suraj Sadanah.

To loot big bucks from a noted politician Gyanmurthy (Satyaraj), Vikky (Karthi) a thief, from Goa comes to Satyaraj’s home in his disguise as his son. After gaining trust among Gyanmurthy’s family members, Vikky plans to escape with huge money but in the meantime, he faced trouble through Satyaraj’s daughter Parvathy (Jyothika). Who is this Vikky? Why did he come to Gyanmurthy’s house as his son? Will he be able to gain the trust of the family members and loot the money? To know this, you have to watch the film in the theaters near you.

The film backdrop and the interesting twists among the family members will keep hooked throughout. The suspense factor is well maintained until the pre-climax of the film. Actress Sita and the other artists are good in their roles. Karthi is too good with his Telugu dubbing and it is in perfect sync throughout the film. Jyothika is brilliant in her role and did her job perfectly. Satyaraj is the showman of the movie as his character has superb variations that keep on changing for every twist in the film. He did a superb job in the film.

On the whole, Donga is an interesting family thriller that keeps the audience engaged most of the time. Karthi’s makeover and his combination scenes with Jothika are presented in a beautiful manner with nice emotions. Adding to it, good twists and turns have been narrated well. The icing on the cake is Satyaraj’s role which will stun the audience and makes this film a decent watch this weekend. 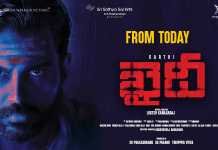 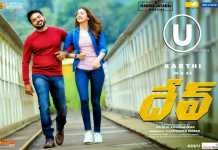