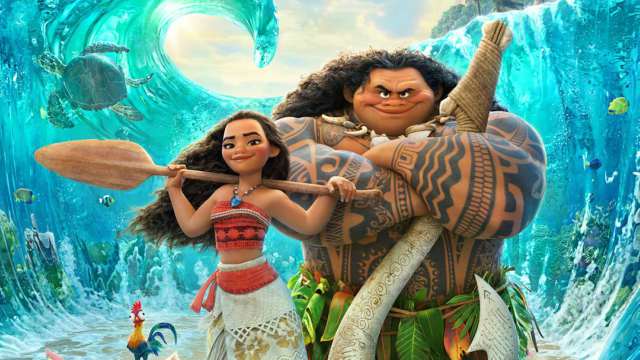 Now we know that Moana and her googly-eyed pet chicken go to find Maui when her island is in danger, in order to fulfill a prophecy that says, “A hero … will journey to find the demigod Maui and together, they will save us all.” This first trailer also gives us our first real look at the movie’s sweeping scope, with Moana and Maui staring down vivid lava monsters and curling waves.
Advertisement