Theprimetalks.com
Home Bollywood Dishoom Hindi Movie Official Theatrical Trailer Releasing 29th July
Advertisement
Dishoom Trailer: The official theatrical trailer of Dishoom movie is going to be released today at a grand launch event. The occasion will be a big one where the video will be screened at across 550 PVR screens simultaneously.
The film stars Varun Dhawan, Jacqueline Fernandez, and John Abraham in lead roles. The producer Sajid Nadiadwala said: “The trailer of Dishoom Movie will be a big treat for the fans on the silver screen.” He explained his idea of launching on a massive scale.We have seen John pushing limits jumping off cliffs and beating bad guys in hardcore action sequences. John is now used to such territory. But, it isn’t the same with Varun. Of course, we have seen him fighting antagonists to save his ladies in the movies. 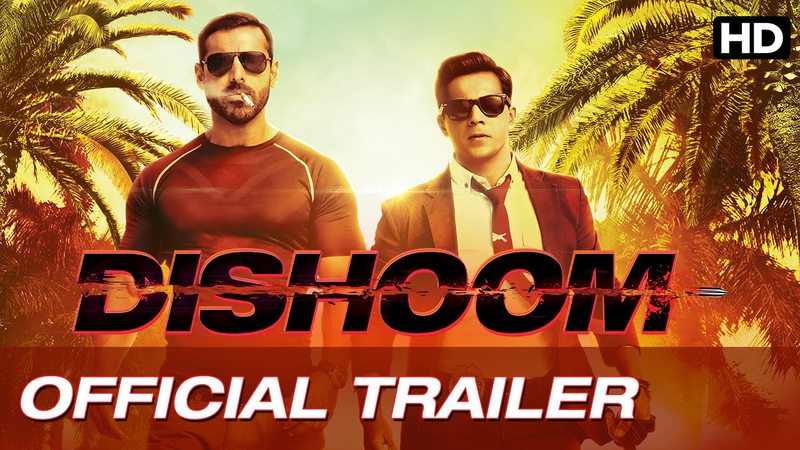 But, what we are going to witness in the film is different from others till date for him as told by V Dhawan. He, further, said: “It is not a conventional film for me, and thus, the shooting was a little difficult. We have tried out best to push the boundaries to bring in something new.”Jacqueline will be seen playing a character with some negative shades. Based on the story and the work done, the film can prove to become a good franchise. J Fernandez is also starring in Housefull 3 and said that movie has all the fun elements which bring different character together.

Jacqueline revealed a little about her role in the upcoming action drama. According to her, her role has to run away from the law doing things which contradict the ideal law. She emphasized that she isn’t a classy and elegant female in the film.”There is a lot of buzz, anticipation, excitement, and speculations at the same time. The film has been majorly shot in UAE.