Dirty Hari film about Hari (Shravan Reddy) is an ambitious man who lands in Hyderabad to make it big. He meets Vasudha (Rushani Sharma) a rich girl and falls in love with her. But in this process, Hari also gets attracted to Vasudha’s brother’s girlfriend Jasmine (Simrat Kaur). This creates a new angle in the story and Hari starts having an affair with Jasmine. What problems did Hari face in his martial life? How did he manage both the relationships? That forms the rest of the story.

Aesthetically shot lovemaking scenes, impressive performances, and climax twists are major assets of the film. However, if you ignore the slow pace and a quite predictable storyline, MS Raju induces enough curiosity into the proceedings making it a decent watch for the audience.

Debutante Sravan Reddy looks settled and he delivered a fine performance in a role that has multiple shades. Actress Ruhani Sharma emotes well as a typical conventional girl. Simrat Kaur sets the temperatures soaring with her bold screen presence and her sizzling glamour show will connect well with a section of the audience. 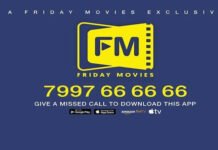 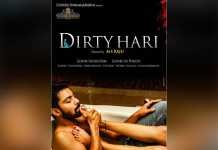