Theprimetalks.com
Home News Director Dasari Sairaam Arrested for Showing ‘Shivalinga’ in Bad light
Advertisement
The Telugu film director Dasari Sairaam.He directed film DEVUDA, who has been at the center of this religious debate.He went on to manage the display of the film Alcohol and cigarette was placed in front Shivalinga. That is why he had lodged a complaint against the Bajrang Dal. The arrest was based on the director.It was, Act 295 of the IPC against him, under sections 298 and 153 at the prosecution said. 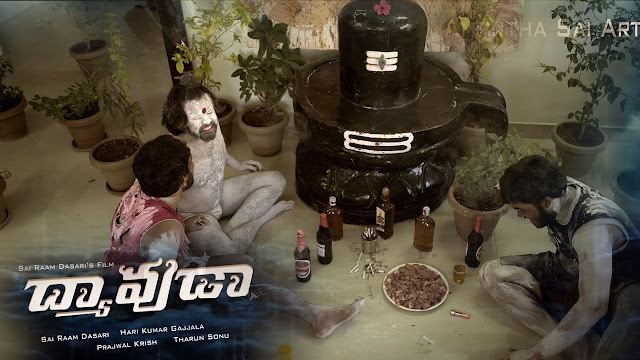 Recently, DEVUDA Movie Teaser released on YouTube. Mahadeva, where alcohol and cigarettes in front of the display of religious sentiments allegations against the director. Soon after this, the video was removed from YouTube. The director claimed, hurting religious sentiments, he has not filmed any scenes. According to Hindu custom in some of these sequences have been inspired, he decided to use the film.
Advertisement
The clipping was taken out after Rachakonda police Commissionerate brought the matter to the notice of YouTube management.Sairaam told interrogators that he had previously directed ‘Lottery’ and ‘Mitravinda’ movies with new artists.
He told police he decided to cast the particular scene in ‘Devuda’ as he was ‘inspired’ by the visuals of certain rituals involving devotees purportedly telecast on two local news channels.Efforts are on to nab the producer who is absconding. Further investigation is on.