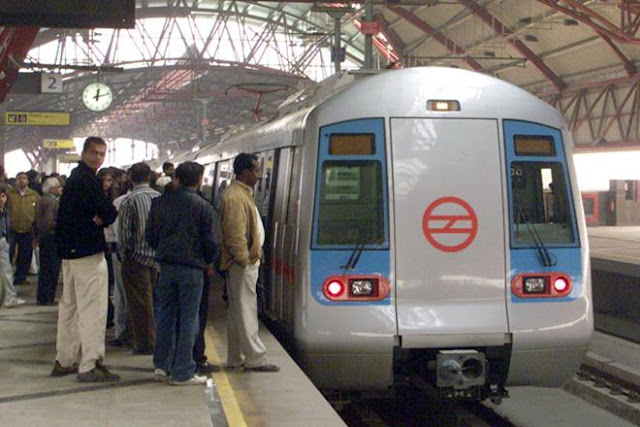 Oui DMRC Free Wi-Fi: The Delhi Metro Rail Corporation (DMRC) launched free high-speed Wi-Fi facility on all its Blue Line metro stations, on Friday. Titled “Oui DMRC Free Wi-Fi”, it will be available on all 50 stations between Dwarka sec 21 to Noida/Vaishali. The service was launched at Rajiv Chowk metro station by Dr. Mangu Singh, MD, DMRC.
The Commuters will be able to log in to the service after a one-time registration through their mobile phones. DMRC has tied up with a consortium led by M/s Techno Sat Comm, which is already providing the same facility on all six metro stations of the Airport Express Line since October 2016.
According to a press release issued by the DMRC, “the aim is to launch Oui DMRC Free Wi-Fi on all operational Metro stations and trains in a phased manner. It is expected that in another six-nine months’ time, the same facility will be made available on all stations of Yellow Line (Line-2 i.e, HUDA City Centre to Samaypur Badli) and inside trains of Airport Line.”
Facebook
Twitter
Pinterest
WhatsApp
Telegram
VK