Bringing the best of dance avatars to the entertain the audiences like never before, the grand premiere launch is on 20th July at 9:30 PM only on Zee Kannada and Zee Kannada HD. Actress-turned-host Anushri will continue to host the Dance Karnataka Dance 2 show while Crazy Queen Rakshita, Vijay Raghavendra and composer Arjun Janya will be the judges. Dance Karnataka Dance will replace the popular chat show Weekend with Ramesh that concluded the previous week.

Actress Rachitha Ram will make a special appearance in the grand premiere of the show and shake a leg along with judge Rakshitha to a popular dance number. Interestingly, the cast and crew members of all the shows that are participating in this season will also be present to cheer and support their respective participants. Dance Karnataka Dance 1 of Family War enjoyed a good viewership and turned out to be one of the most loved dance reality shows on Kannada television. Deepika Das and Deekshith Shetty from Team Naagini emerged as the winners while Team Janumada Jodi and SRGMP seniors were declared as the runner up. 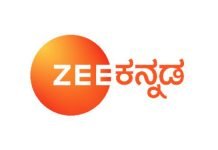