The three-minute Dabangg 3 Official Trailer stars off with Chulbul Panday aka Salman Khan introducing himself, breaking the fourth wall. He then goes on to introduce his wife, Rajjo, played by Sonakshi Sinha. The audience is then taken on a flashback, revealing just why Chulbul Pandey became the ‘Dabangg’ cop that we see today.

Mahesh Manjrekar’s daughter Saiee Manjrekar, who joins the cast of Dabangg 3 as Khushi, is young Chulbul Pandey’s love interest in the film. While both are seen very much in love, all hell breaks loose when Kichha Sudeep, the antagonist, takes it upon himself to separate the two lovebirds. Though it isn’t very clear, it seems that Khushi is murdered, leaving their love unfulfilled.

This time, the movie is also concentrating on the younger years of Salman Khan. It will reprise earlier characters played by Arbaaz Khan, Dimple Kapadia, Tinnu Anand, and Mahie Gill. Mahesh Manjrekar, who played Sonakshi’s father Haria in the first part, will be seen in a cameo. The Dabangg 3 full movie that is slated to hit the screens on December 20, will also be released in Hindi, Tamil, and Telugu. 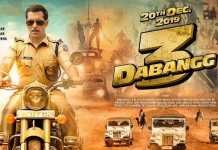 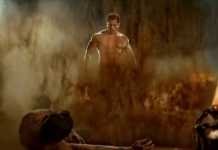