Ravi (Abhay Simha), Vamsi (Krishna Burugula), and Teju (Charan Sai) are 3 childhood friends who seek to migrate to the US to do their graduation. This is when they get curious about losing their virginity so that they are not caught unawares in the presence of $exually active women in the US. This makes them pine for girls. What follows is a series of gags involving innuendos and crass comedy.

Director Ravi Babu, who was once making a series of hit films, has not been able to impress as a director in recent times. The same trend continued in the case of this film. It seemed to take the topic of $ex and romance and write the story around it. when three teenagers decide to gain $exual experience with women before moving to America for higher studies in showing that their age effect was such that no matter how hard they tried. All in All ‘Crrush’ is a crass comedy that doesn’t engage even the non-serious audience. Its jokes are outdated, while its performances are notoriously boring.

Abhay Simha, Krishna Burugula, and Charan Sai playing the parts of the three friends are apt for the respective roles. Among the 3, Abhay Simha is the ‘hero’. He gets additional drama to do but is not that effective. Krishna Burugula stands out due to the situations he lands in and his track more than his act. Charan Sai, too, sails on the same boat with a scene or two highlighting his funny and jovial side. 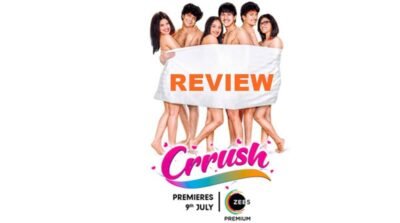 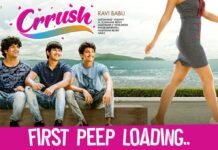