Speaking to reporters later in the day, Prakash Rathod said he was looking for information stored on his mobile phone for a question to be posed to the government during Question Hour and was deleting certain contents that he had received, as the storage was full. “I was looking for information. As there were too many messages, I was deleting a few as my phone storage was full. I don’t know what the media is showing,” he said. 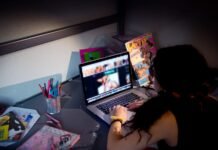