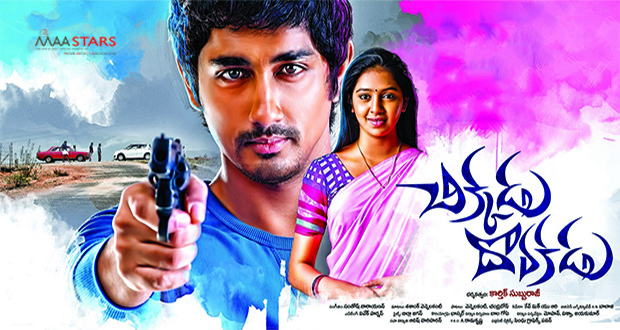 Karthik {Siddharth} is a young film maker. He tries to get good opportunities to become top director. He enters in a reality new film makers show. But thrown out from the show with internal politics. One of the show judges, Aadukalam Naren believes Karthik stuff. He wants to encourage the assistant director. He tell Karthi he is willing to take him back for the show, if he gives real gangster script with good research. Karthik agrees and starts the research operation for real gangster story.
Karthik travels Vizag to make real gangster film. He finds name of notorious gangster Seth (Bobby Sinha). He wants to know his hobbies, where abouts, businesses through Kannamma (Heroine – Lakshmi Menon). She is the daughter of the women who makes food for the gangster.
Second half Karthik gets down into trouble with the gangster.
Why he invites troubles?
Why gangster wants to take revenge against Karthik?
How Karthik come out from the troubles?
What is the role of Kannamma? is rest of the movie..

Siddharth performance :Siddharth action sequences and comic is awesome. Being a film maker, Siddharth fulfils the role as Assistant direction.