MX player’s Chhatrasal Web Series All episodes in HD is now streaming online for free on MX Player! Revisiting the period when Mughals governed India and Aurangzeb’s terror was known far and wide, Chhatrasal is the story of the warrior King who stood up against him.

The Chhatrasal Web Series story is set in 1649, in the region of Bundelkhand where King Chhatrasal decided to end the reign of terror of Aurangzeb. The mighty Mughals had crushed down many umpires and all bowed down to him to be saved from his wrath. But Chhatrasal was different and he was ready to die for his country with the hope that he would free it from Aurangzeb’s evil dreams. How did Chhatrasal stand up against him? Who won the war? Who is King Chhatrasal? Revisit the periodic war against the Mughals.

So, get ready to witness Chhatrasal’s valor, bravery, and struggles against Aurangzeb. 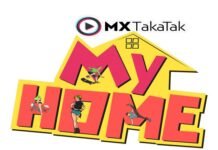