Watch Charitraheen Web Series Starring Naina Ganguly, Saurav Das, Mumtaz Sorcar, Saayoni Ghosh, Sourav Chakraborty, and Shweta Bhattacharya, along with director Debaloy Bhattacharya. Charitraheen is an adult thriller web series based on a woman’s life choices and personal decisions. Actress Naina Ganguly in the lead role of Kiran, this gripping show also employs the talents of actors Gaurav Chatterjee and Sourav Das. Based on the controversial 1917 novel of the same name by Sarat Chandra Chattopadhyay, the show follows the changes that come in Kiran’s life after the death of her husband.

Watch Charitraheen Web Series All episodes and see Kiran make some life-changing choices that push her to explore the real meaning of being characterless. The show, set in the modern urban backdrop is a story of love, lust, and lies that takes Kiran on a conflicted journey of sexual exploration. Will she be able to love again or is being characterless her true calling? Charitraheen Online Streaming on MX Player to find out and follow the twists and turns coming in Kiran’s unpredictable and exciting life. (Gandii Baat Season 4)

As we keep guessing and judging, this series aims to take the viewers to a plane beyond all judgment. Hoichoi, recently on their first birthday celebration, announced 30 new Original web series as a promise to their audience for the next year and the first of the lot will be ‘Charitraheen’, streaming from 29th September with the first 3 episodes. The next 7 episodes will be streaming from 6th October and 13th October respectively divided into 3 and 4 episodes. 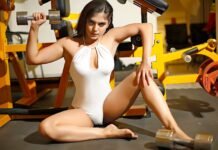