Chakra is an action thriller film written and directed by MS Anandan in his directorial debut. Chakra Telugu Movie Cast Vishal, Shraddha Srinath, and Regina Cassandra. Chakra Movie released in theaters on 19 February 2021 and Received Positive talk from audiences, Chakra is based on cybercrimes and e-commerce scams. Let’s See Chakra Movie Review and Ratings, from Critics, Hit or Flop Talk below:

Chakra Movie Story: On India’s 73rd Independence Day, two mysterious criminals target old people’s residences and pull off as many as 50 robberies at various places in Hyderabad within a couple of hours. Police Inspector Gayatri (Shraddha Srinath) is assigned to solve the case. She is later joined by her boyfriend and military officer Chandru alias Subhash Chandra Bose (Vishal).

Why does Vishal join the investigation? How is the title Chakra connected to Vishal and the story? What have cybercrime and hacking got to do with serial crimes? How did Vishal catch the criminals and solve the case? All these elements form the rest of the story.

TOI: Chakra is more focused on momentary thrills and the film feels rather tame.

Mirchi9.com: Chakra itself feels like an alternative take of Abhimanyudu. It is in similar terrain and inferior in all aspects.

123telugu.com: On the whole, Chakra makes for an engaging watch, but with a few red herrings. Even though the film is an intelligent thriller, certain forced cinematic liberties cause a few loopholes in the narrative.

Telugubulletin.com: Chakra has its bright moments here and there. But it loses steam in crucial junctures which damage the overall experience.

Pinkvilla.com: A cyber-crime thriller that lacks a tight screenplay.

Thehindu.com: A cybercrime thriller that takes itself too seriously. 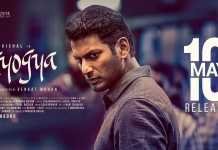 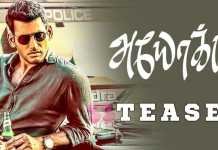 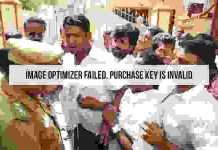