The Chaavu Kaburu Challaga First Glimpse video introduces Kartikeya as Basthi Balaraju. Kartikeya will play the role of a person, who carries dead bodies to the graveyards. The character goes on to say as long as he’s getting paid he doesn’t mind carrying anybody to the graveyard. The Chaavu Kaburu Challaga First Glimpse video also gives glimpses of his massy avatar, who is mostly seen in lungi and a vest with a massy Telugu language.

Chaavu Kaburu Challaga First Glimpse video also shows Aamani and Bhadram playing key roles in the film. The first glimpse of Kartikeya from the film looks intriguing and is most certainly filled with comic elements. So far, the video has been receiving good response for Kartikeya’s massy dialogues and avatar, it is expected that this film will turn out to be a super hit for Tollywood.

Speaking on the occasion, Bunny Vas said, “Bhale Bhale Magadivoi, Geetha Govindam, and Prathi Roju Pandage which were produced by us became box office blockbusters. The expectations are high on us and we are working to match the same. We wanted Chaavu Kaburu Challaga Movie to be completely different from Karthikeya’s previous films and he moulded himself to suit the role perfectly. He is a very dedicated actor and we are very satisfied with the output. The storyline that was narrated by our director caught our attention and it will offer something new to the audience. More surprises will be out in the days to follow.” 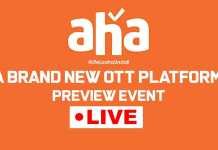 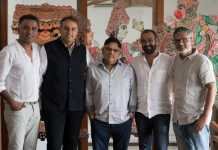