Cab Stories Story is about Giri (Giridhar) is a cab driver who accepts a ride from some people who are in a hurry. One of them leaves a drug packed in the car and then, a drunk girl (Divi Vadthya) hires the same cab. In a crazy turnaround of events, the drug packet ends up in Divi Vadthya’s purse. The drug mafia starts cashing the cab driver and things become even crazier when the drug packet changes many hands. How will Giri and Divi Vadthya escape this situation forms the story?

‘Cab Stories’ is packed with lazy co-incidences that lead to pedestrian situations. Shalini and Giridhar cross paths with a cop on a game-changing night just for the sake of artificial drama. How come the cop wants to check the bag of a random female passenger at night when there is no cause for suspicion?

And how come this cop’s character is not ended and becomes a cause for superficial concern? one too many co-incidences unfold in the span of one night. This is an artificial way of telling a story and just because this is a crime comedy-drama, too, the characters start looking comical for the sake of it.

For Divi Vaidthya gets to show off her glamorous side in the opening song and that’s all there is to her character. Giridhar, Srihan Shri, Siri, and Nandini are decent, in that order. Comedians Dhanraj and Praveen play distracting roles without delivering actual impact.

Overall, Cab Stories is a crime thriller drama with good engaging moments. It is short and gets over quickly, making it a passable watch if one likes the genre on SPARK OTT. 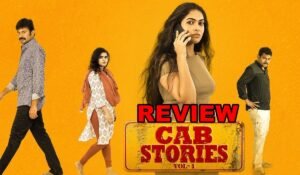 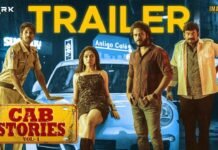 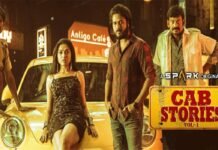