Breast Milk Boosts Brain Development in Babies: With maternal factors, such as breast milk, having been shown to affect a baby’s development, now researchers have found that the carbohydrate, the oligosaccharide 2’FL, found in breast milk enhances cognitive development. In this cohort study of 50 mothers and their babies, the researchers analyzed breast milk composition and frequency of feeding at 1 and 6 months of age. Cognitive development was measured at 24 months using the Bayley-III scale, a standardized test of infant and toddler development.

“Through our high-throughput analytical platform we can quantify oligosaccharides like 2’FL and many others in hundreds of breast milk samples in a short period of time,” said study co-author Lars Bode from the University of California in the US. “This technology allows us to associate differences in milk composition with specific infant outcomes like cognitive development, validating existing data from preclinical models or generating entirely new hypotheses,” Bode added.

The findings, published in the journal PLOS ONE, showed that the amount of 2’FL in breast milk in the first month of feeding was related to significantly higher cognitive development scores in babies by 2 years of age. The amount of 2’FL in breast milk at 6 months of feeding was not related to cognitive outcomes, indicating that early exposure may be more beneficial. Using a statistical technique called mediation analysis, the researchers were able to independently evaluate the effects of breastfeeding in general, and the effects of the oligosaccharide 2’FL.

“This enhanced cognitive development in the first 2 years of life raises the question of possible long term impact on a child – in school and beyond,” said study first author Paige Berger. These observations allowed the team to conclude that the increased neurodevelopment provided by breastfeeding was due primarily to mothers who were producing more 2’FL for the baby to consume. Breast Milk Boosts Brain Development in Babies  _ IANS. 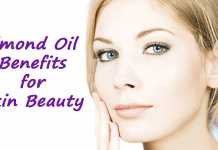 Top 10 Benefits Of Using Almond Oil For Your Skin 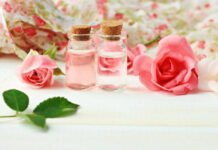 How Rose Water Can Help Keep Your Skin Glowing