Zee Telugu’s new comedy show is titled Bomma Adhirindi which literally translates to ‘the picture is a hit’. It will be an hour-long show with ten episodes making up the first season. Each Bomma Adirindi Latest episode will be themed around a popular festival and events. It is designed to entertain families, kids, and people of all ages! Along with Naga Babu, the hilarious and talented dancer-actor Johnny Master, Anchor Suma will be sharing the panel as a judge.

The Popular Telugu anchor Sreemukhi will be hosting the Bomma Adirindi show full of comedy skits, dance performances, celebrities, and other fun stuff. It is a well-known fact that the anchor shares a unique equation with Johnny Master, who was previously seen in a reality show together. We hope you’re ready for the fun. The true stars of Adhirindi, Chandra, Gully Boys, and Dhanraj-Venu will be leading different teams in the show.

Our little birdies tell us that we will see the likes of anchor Suma, Niharika Konidela, Shekar Master, and others on the show. You can count on Naga Babu to give you some interesting anecdotes and stories. Venu and Dhanraj will have a special segment where they will be roasting the celebrities who grace the stage.

Finally, the Bomma Adirindi Show Live is all set to release on October 4, 2020 and will be telecast every Sunday at 9 pm. But you can watch it a day before on ZEE5 with Club Pack. 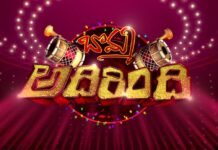 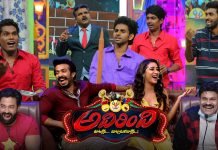