The BJP leader Raghunandan Rao wins the Dubbaka assembly by-elections in Telangana with a majority of 1,470 votes. Adding up the postal ballot votes where the TRS took the lead, BJP won the elections with a margin of 1,118 votes. BJP polled 62,772 votes out of 1,64,186 votes, TRS Polled 61,302 and Congress polled 21,819.

BJP leader Raghunandan Rao took the lead in several rounds giving tough competition to the TRS party and finally inched towards victory. The victory comes as a surprise for the saffron party and celebrations began at all the party offices in Telangana. Chegunta Mandal of Siddipet district decided the fate of BJP and TRS in Dubbak by-elections where the BJP took the lead in the last four rounds.

The Dubbak assembly by-elections were held in the constituency following the death of sitting TRS MLA Solipeta Ramalinga Reddy in August. The constituency is witnessing a triangular contest between congress’ Cheruku Srinivas Reddy, who had defected from the TRS, BJP’s Madhavaneni Raghunandan Rao, and TRS’ Solipeta Sujatha.

Both Sujatha and Srinivas Reddy are first-timers while Raghunandan Rao is contesting the polls for the third time. He had finished third in the 2014 and 2018 polls. While TRS leaders were confident that it will be a cakewalk for the party both BJP and Congress were determined on giving a shock to the regional party.

Several key Congress leaders such as state Congress chief N. Uttam Kumar Reddy, MPs A. Revanth Reddy, and Komatireddy Venkat Reddy, Congress Legislature Party leader Bhatti Vikramarka, AICC Secretary V. Hanumanth Rao hit the roads for an extensive campaign. The BJP is looking to prove a point in the first assembly election in the state since the TRS retained power with a massive majority in 2018. 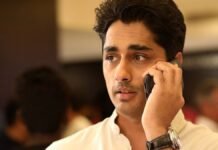 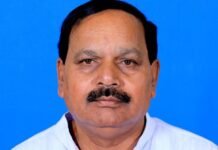 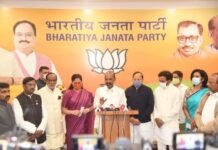