Bigg Boss Vote Tamil Online Voting Season 3: The week after its launch, A Bigg Boss Tamil Season 3 contestants had their first nomination process inside the Bigg Boss Tamil 3 house. Seven participants Madhumitha, Meera Mithun, Cheran, Kavan, Sakshi Agarwal, Saravana, and Fathima Babu – are in the danger zone this week. Like every season, the inmates were asked to take two names for the elimination with proper reasons inside the secret room. The inmates neither could choose their names nor the name of Mohan Vaidya, who is the captain of the house this week.

1 – Download the Hot star app on your android phone.
2 – Login to the page using your e-mail account, phone number or any social media account.
3 – Click on the Bigg Boss Tamil banner or type Bigg Boss Tamil in the search bar.
4 – Click on the ‘Vote’ button
5 – Find the names of the contestants who are facing elimination test this week.
6 – You will get 50 votes per day till Saturday midnight. You can either cast those votes to one person or divide it among the nominated contestants.

Viewers can cast their votes through the phone. Each contestant is allotted a number and people can give 10 miss calls from one number in a week. Check out the numbers to save your favourite participants in Bigg Boss Tamil 3 which Kamal Haasan hosted the show:

The online polling of Bigg Boss Vote Count is active from the Monday to Friday of every week. The results are then collected by Vijay TV and the contestants with the least bigg boss vote percentage will be shown the exit. The total vote count of the Bigg Boss poll will be revealed by the host Kamal Hasan, however, the individual vote count will not be disclosed. The contestant with the highest vote percentage will be declared as the winner of Bigg Boss Tamil Season 3. 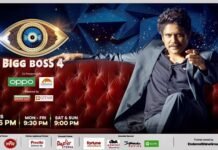 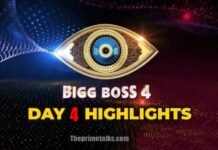 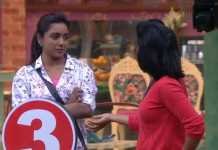 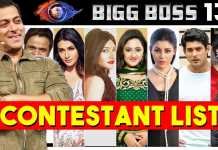 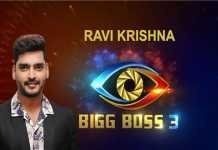