Bigg Boss Telugu Season 3 is all geared up to go live on July 21st on Star Maa. The show will be hosted by superstar Akkineni Nagarjuna, who is known for his work in Telegu and Hindi films. Nagarjuna was initially not happy with the way the show was going ahead. But now we have some interesting news. We have landed on the Bigg Boss Telugu Season 3 Contestants List with Photos who will enter the reality show on July 21st.

Nagarjuna will return as the host on a small screen after a long time. Bigg Boss 3 Telugu is a celebrity-centric show. To put it differently, any participant on the amazing show becomes a celebrity over a few weeks. And with superstars like Nagarjuna hosting it, what more can one ask for? He even stated in one of the promos that it’s a 14 contestants-100 days show which means they are no commoners. Bigg Boss Season 3 Telugu Launch LIVE: Nagarjuna introduces 15 contestants.

1. Teenmaar Savitri –  Born Siva Jyothi, the TV anchor is popular as ‘Teenmaar’ Savitri. She became a household name with her show ‘Teenmaar’ in which she will be seen as a news presenter talking about the latest happenings in Telangana with her impeccable local accent. 2. Ravi Krishna – Ramakrishna was last seen participating in the recently concluded dance reality show Dance Jodi Dance. He was paired opposite Chaitra Rai in the show. The actor hailing from Vijayawada has also listed in the Hyderabad Times Most Desirable Men on Television 2018. With shows like Bavamaradallu, That is Mahalakshmi and Sundarakanda to his credit, Ravikrishna enjoys a good following amongst the youth. 3. Ashu Reddy – Extremely popular for her lip-sync videos on the internet, this young starlet is popularly known as “Junior Samantha” for her striking resemblances with the South Superstar. Her lip-sync video with popular TV host Pradeep Machiraju went viral. Ashu is a diehard Pawan Kalyan fan and even acted in one of her products as well. 4. Jaffar Babu – Jaffar is one of the controversial and most trolled journalists on social media. He shot to fame with his video interviews that often went viral on social media. No wonder, he can trigger a few controversies in the Bigg Boss house as well. 5. Himaja Reddy – The young starlet shot to fame with the daily soaps Koncham Ishtam Koncham Kashtam and Swayamvaram. She has notable appearances in movies likes Nenu Sailaja, Dhruva, Sathamanam Bhavathi as well. Besides the affable person she is, Himaja is an absolute foodie too. 6. Rahul Silpigunj – The Telugu playback singer never misses an opportunity to explore and reinvent himself. His latest song wherein he will be seen as a transgender is proof of it. Rahul has appeared in one of the previous seasons of the popular music show Sa Re Ga Ma Pa Telugu as a mentor. Can this singer make the most out of this controversial reality show? 7. Rohini Noni – The TV actor of Koncham Ishtam Koncham Kashtam fame is a familiar face too. She is also known for her performance in the show Inspector Kiran as well. A native of Vishakapatnam, Rohini is a livewire. She made her Telugu TV debut right after her engineering and aspires to be a popular comedian. Can Bigg Boss Telugu help her chase her dream? 8. Baba Bhaskar – The ace choreographer-turned-filmmaker from Tamil Nadu is an indeed livewire. Baba Bhaskar Master has worked for many Telugu, Tamil and other South Indian films and the dance reality series Dhee got him close to the telly audience. His recent appearance on Suma Kanakala’s game show Cash was loved by fans. He can be the true-blue entertainer in the Bigg Boss house this season. But as you know, anything can happen here. 9. Punarnavi Bhupalam – This young promising actress from Vijayawada is a familiar face; thanks to her notable appearance in the Telugu film Uyyala Jampala. She made her cinematic debut at the age of 17 and went on to feature in over 8 feature films as well. Though she majored in Psychology and Journalism, she found her calling in acting. 10. Hema – The popular supporting actress is also known for her active role in the Movie Artists Association (MAA). Besides her appearances in many successful Telugu and Tamil movies, Hema recently forayed into politics as well. The actress Hema is often vocal about her views and doesn’t hesitate to call a spade a spade. 11. Ali Reza – Hyderabadi model-turned-actor made his Bollywood debut with Mukhbir in 2008 and recently appeared in a prominent role in Ramcharan’s Dhruva too. His successful TV shows Pasupu Kumkuma and Maate Mantramu. 12. Mahesh Vitta – Popular Telugu comedy series Fun Bucket, this internet sensation from Proddatur has appeared in many Telugu films as a sidekick. Completing MCA in Hyderabad, Mahesh once planned to pursue a course in VFX too. The passionate actor wants to make it big in the tinsel town and is longing for something challenging. Can Bigg Boss be the game-changer for him? 13. Sreemukhi: Sreemukhi is one of the most anticipated contestants of the show. The actress made a dream debut with the TV show Adhurs and went to become the most sought-after TV host in no time. Shows like Pataas and Sa Re Ga Ma Pa Telugu series got her close to the telly audiences. She appeared in successful films like Julayi, Nenu Sailaja, and Gentleman and enjoys a great following on social media. She even has ‘Sreemukhi Army’, an online fan club created to support her, even before entering into the BB house. 14. Varun Sandesh – While Varun Sandesh needs no introduction, Vithika Sheru is a model-turned-actress from Hyderabad. The two acted in the film Paddanandi Premalo Mari and eventually got married on August 2016. 15. Varun-Vithika – Vithika will be the first celeb couple in the Bigg Boss Telugu series. The couple never misses an opportunity to flaunt their love for each other and their Instagram pictures often scream love. But given the unpredictability of the game, Bigg Boss house can be the real test for them. Alright! Bigg Boss Telugu Season 3 is now all set to begin now with 15 contestants and the drama will go on for 100 days. Host Nagarjuna will keep an eye on the contestants through his Mana TV and it will be interesting to see how he will go about his business. 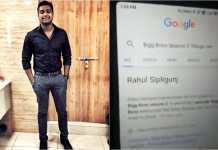 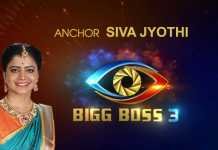 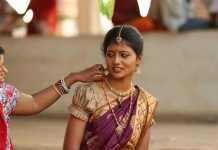 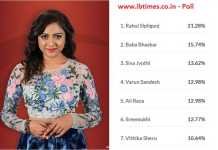 Vithika Sheru to be Eliminated from Bigg Boss Telugu 3 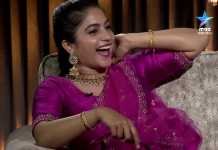 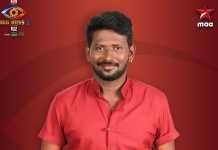