Day 1 in House started with Jaswanth and Siri stealing things and hiding them just to stir things up. The other contestants assumed it was a task involving a secret thief given by Bigg Boss. Hamida found a few of the stolen things and was accused of stealing them instead.

The Bigg Boss contestants were then called to the garden area and asked to choose garbage bags with all the contestants’ photos on them. Each contestant had to nominate two contestants and state their reason while picking a garbage bag of the nominated contestant and throwing them into the dust bin. 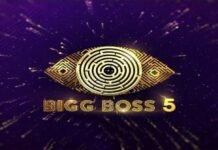