Rahul Sipligunj took selfies with him and thanked everyone who supported and voted for him throughout his journey. Post the celebrations, Rahul Sipligunj was headed to his place and was accompanied by fans who rallied up to his home. In videos that surfaced online, Rahul Sipligunj is being carried by fans and he can be seen cheering up a large crowd by waving and blowing kisses to them.

While his parents want him to utilize the prize money for himself, Rahul Sipligunj wants to buy a flat for them. He always felt that he is not being able to do anything for his parents, reveal sources close to him. Rahul Sipligunj is a playback singer, songwriter, and musician who shot to fame with his independent music. He went on to sing popular numbers in many Telugu movies as well.

Speaking of Rahul sipligunj, the 30-year-old singer started off his career through YouTube. He has composed, sang and starred in several music videos. His videos paved way for his playback singing. He made his debut with a 2009 film called Josh, that was also the acting debut of Naga Chaitanya. Rahul Sipligunj also crooned songs for movies such as Dammu, Eega, Lie, Naa Peru Surya, Naa Illu India, Rangasthalam and iSmart Shankar among others. His recent songs Ranga Ranga and Bonalu have been topping the music charts. 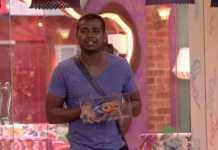