Bigg Boss Tamil Season 3 Contestants List: The Bigg Boss Tamil Season 3 Live on Vijay TV and Live streaming platform Hotstar at 8 pm tonight, Meanwhile, the Show shooting of the inaugural episode of Bigg Boss was kick-started on a Friday and continued till Saturday evening. The contestants of Bigg Boss 3 Tamil will be locked inside the house for the 100 days. Every week there will be elimination based on the viewer’s votes online, but there are exceptions. (Bigg Boss 3 Tamil Live Streaming on Vijay Television from 23rd June 2019)

Bigg Boss 3 Tamil is expected to have a runtime of 60 minutes during the weekdays and 90 minutes during the weekends. The show recently came under fire as a plea was filed at the Madras High Court to restrain Vijay TV from broadcasting the show. Advocate Suthan, who filed the plea, submitted, “Bigg Boss Tamil show hosted by actor Kamal Haasan is being telecast with abusive content only with the view to increase TRP ratings and get monetary benefits without any social responsibility.” 1. Abhirami Venkatachalam: The actress, who is best known for her role in the Web Series Ctrl Alt Delete, made her acting debut in Kalavu (2019) with Kalaiyarasan and Karunakaran. 3. Saravanan: Kollywood actor was a leading Tamil actor from 1991 to 1998. The actor has also directed the movie Thaayumaanavan and is best known for his 2007 film Paruthiveeran. 4. Fathima Babu: A former Kollywood and Mollywood actress, Fathima Babu was a news anchor for DD Podhigai, the Tamil version of Doordarshan news. 6. Reshma Pasupuleti: Reshma Pasupuleti is an Indian Television serial actress who predominantly appeared in the Tamil language based serials. She was also an anchor and also acted in a few films. 7. Mugen Rao: Singer and model-turned-actor Mugen Rao from Malaysia has a huge fan following on social media for his music videos. 8. Sandy: One of the best-known choreographers in the Tamil world, dance master Sandy made his debut through Manada Mayilada (Dance Reality Show). 9. Sakshi Agarwal: Actress Sakshi Agarwal is primarily known for her work in the Tamil and Malayalam film industry. She started her career as a model and has also worked in two Kannada films. 11. Kavin: South Indian actor Kavin is also a television presenter. He appeared in the third part of the serial Kana Kaanum Kaalangal as Shiva. 12. Vanitha Vijayakumar: Vanitha, who has acted in Tamil, Malayalam and Telugu films, made her acting debut in Chandralekha opposite Vijay. 13. Sherin Shringar: Popularly known by her stage name Sherin, the actress is a model-turned-actress, who has appeared in Kannada, Tamil, Malayalam and Telugu films. 14. Mohan Vaithya: Carnatic singer and violinist Mohan Vaithya is also a television actor and presenter. He is the older brother of veena maestro Rajhesh Vaidhya. 15. Tharshan Thiyagarajah: A professional model who is based out of Jaffna, Srilanka, Tharshan made his debut in the movie Verenna Vendum in 2018.

If you are wondering when and where to watch Bigg Boss show, it will be telecast on Vijay TV. You can also catch the Bigg Boss 3 Tamil Live online on the Hotstar India’s online streaming service. 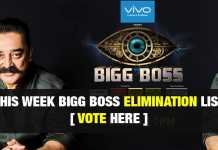 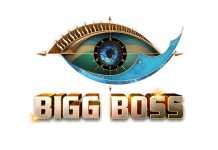