Andhra Pradesh Chief Minister Jagan Mohan Reddy has requested Prime Minister Narendra Modi to confer the Bharat Ratna For SP Balasubrahmanyam, who died in Chennai on Friday. India’s highest civilian honour to legendary singer SP Balasubrahmanyam as a tribute for his outstanding contribution to the music and arts.

In an emotional letter to the Prime Minister Narendra Modi, YS Jagan Mohan Reddy Reddy said the versatile singer, who was born in the state’s Nellore district, had left a deep impact on the global music industry over the course of a career spanning five decades, and his contributions “can be gauged by the continuous flow of rich tributes from music aficionados (from) all over the world”.

“The unending saga of his staggering achievements go beyond music. With his unparalleled talent, Sri SP Balasubrahmanyam has lifted compositions to sublime levels. His untimely departure not only caused much distress to fans and celebrities living in India but also affected the international music fraternity,” and Pointing out that a host of other musical stalwarts, such as Lata Mangeshkar, Bhupen Hazarika, Bismillah Khan, and Bhimsen Joshi, had all been similarly honored, YS Jagan Mohan Reddy said a Bharat Ratna would be the “highest recognition to his remarkable work”.

YS Jagan Mohan Reddy’s request Bharat Ratna For SP Balasubrahmanyam was noted by actor-politician Kamal Haasan, who said fans of the singer would appreciate the award. “The honour you seek for our brother Shri SP Balasubrahmanyam is a sentiment which true fans of his voice will echo, not only in Tamil Nadu but throughout the whole nation,” he tweeted.

The honour you seek for our brother Shri.S.P.Balasubramaniam is a sentiment which true fans of his voice will echo, not only in Tamilnadu but throughout the whole nation. pic.twitter.com/eSeC4MnR8p

SP Balasubrahmanyam, who had been in hospital since August 5, died at Chennai’s MGM Healthcare hospital. He tested negative for COVID-19 earlier this month. He was 74 years old. On hearing of his death, Prime Minister Narendra Modi said “our cultural world is a lot poorer”. 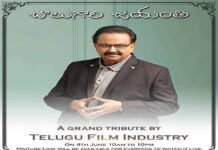 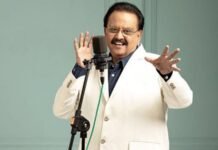 SP Balasubrahmanyam Passed Away at 74