Mega Prince Varun Tej has unveiled the Bhagyanagara Veedullo Gammathu Trailer. “Loved this entertaining trailer of #BhagyanagaraVeedulloGammathu. All the best to Srinivasa Reddy @Actorysr & team. No Action, No Sentiment, Only COMEDY!” Tweeted Varun revealing the trailer. The trailer hinted that the movie is about thieves Srinivasa Reddy, Satya, and Shakalaka Shankar who steal a lottery ticket but gets involved in a drug scandal. Dolly Sha played the female lead and the trailer hinted that the movie sure is going to make the audience laugh with the funny scenes.

While the story, screenplay, and dialogues of the comedy-drama are penned by Param Suryanshu, the music is composed by Saketh Komanduri. The film is produced on Flying Colors banner which was jointly formed by Vennela Kishore, Srinivas Reddy, Satyam Rajesh, Sapthagiri, Dhanraj, Venu, Praveen, and Thagubothu Ramesh. The film is slated for a release on December 6. 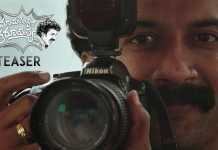 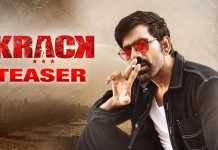