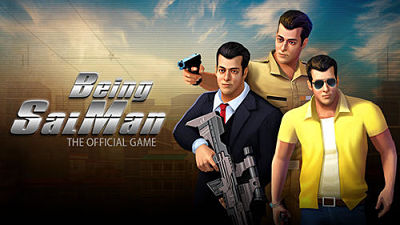 Advertisement
Being SalMan The Official Game : Salman Khan Released his Official Action Game “Being Salman”. This Game has popular character names like Tiger from “Ek Tha tiger”, “Chulbul Pandey” from Dabangg and Prem (Prem Ratan Dhan Payo). So, we can pick any of the character and play. In each of these roles, your character will have unique appearance and abilities. The makers of Game told that it is a non-film based celebrity game and Salman himself involved in the development of a game and has lent his voice for some parts of the game. So, Salman fans will now enjoy playing his game as “Salman Khan”.
Android & IOS Users Can Download from Google Play, iPhone users can get it from App Store and it is also available on 9APPS . The first ever, Celebrity game with power packed Action, FPS, and Melee. Defeat dangerous enemies in different parts of the world. Feel how it’s like to be a movie star, for instance, a brave secret agent, a courageous policeman or a street fighter. This game is all about him and it has some interesting details for the gamer too. Visit different cities, fight criminals and other enemies. Apply martial arts maneuvers and weapons. You are going to play as Salman Khan in this engrossing Android game.
Advertisement