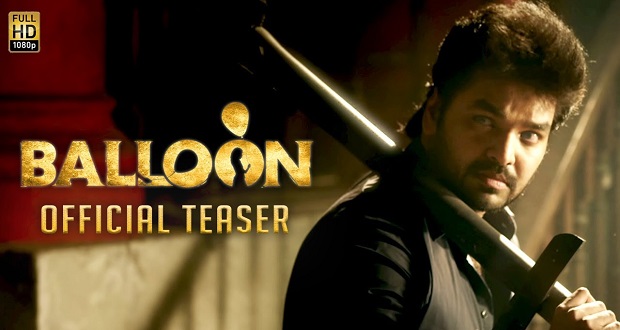 Balloon Teaser: Actor Jai – Anjali Journey pair Again team-up For Their Next Upcoming Movie. this time they have chosen Horror Entertainer Named “Balloon”. The Entire Movie Shoot was completed and currently under Post Production Work.The Film Directed by Sinish and jointly produced by Dhilip Subbarayan, Arun Balaji, and Nandakumar. Raj Tarun and Tamil actress Chandini Tamilarasan will be seen in prominent roles.
Janani Iyer is essaying the role of Shenbagavalli and her portions with Jai is set in 1989. The film which is scheduled to hit the theaters in September. the music by Yuvan Shankar Raja. the makers are going to unveil the Balloon Official Teaser on Youtube today19th June.